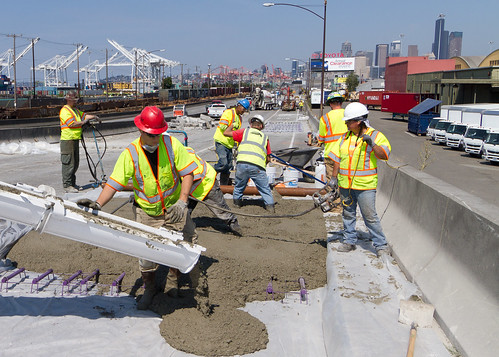 During the closure, crews building the future north portal of the SR 99 tunnel demolished and replaced the section of SR 99 that crosses above Broad Street. It took just four days to complete the work and rebuild the highway (see how in this newly updated time-lapse video).

Crews relocated major utility lines beneath SR 99 near Harrison Street that were in the way of portal construction. Additionally, during the weekend portion of the closure, crews took advantage of the empty highway by completing necessary work elsewhere along the corridor.

They replaced 81 concrete panels on SR 99 south of downtown, repaired an expansion joint at the Seneca Street off-ramp from northbound SR 99 and cleared ivy from the Alaskan Way Viaduct to make future maintenance of the structure easier.